SONNY VINCENT AND THE EXTREME - MODEL PRISONERS - THE EIGHTIES 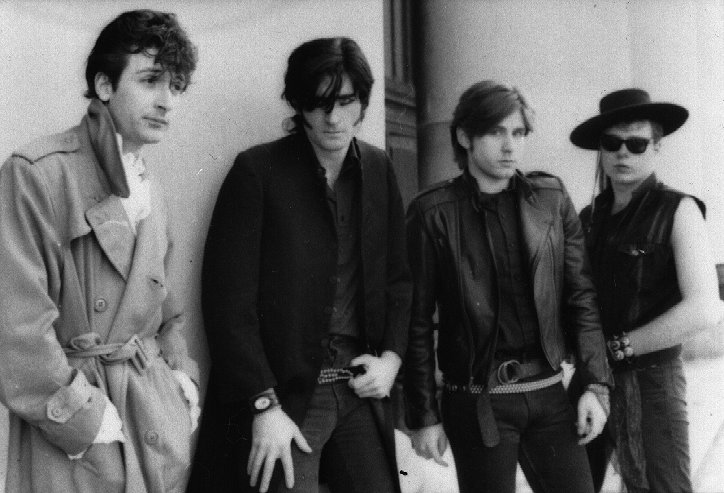 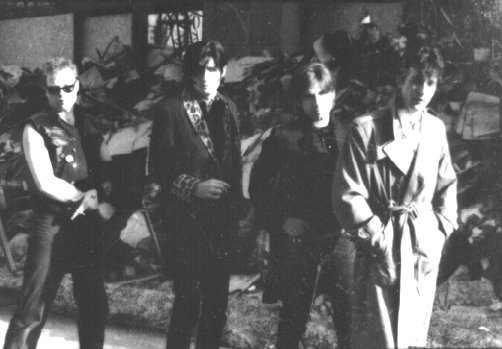 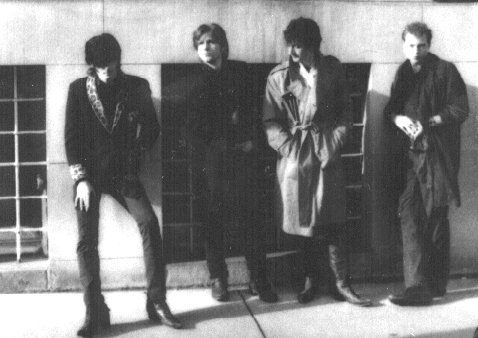 Flyer for a show in Minneapolis - also on the bill was Wayne Kramer - but Sonny and him didn't become friends until about 15 years later... 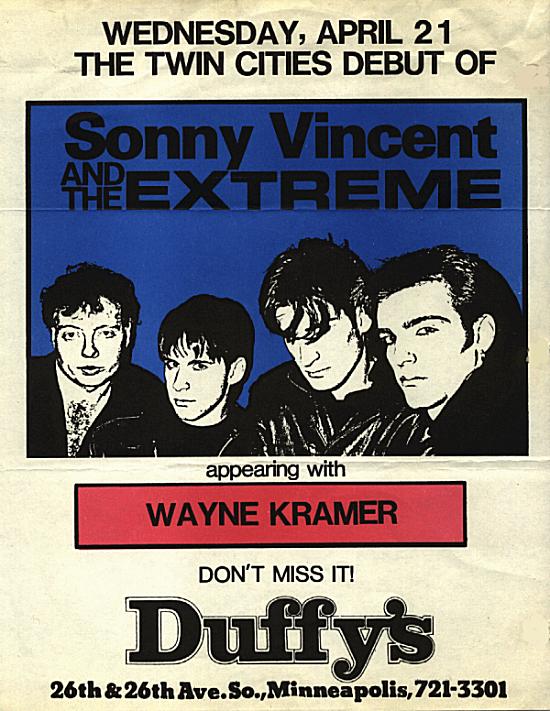 Poster for Sonny Vincent And The Extreme. In front of a wall covered with SVE posters. From the photo session for the cover of the Model Prisoners single "Lesson In Life". Still shots from a vampire movie/video Sonny was in in 1987 and poster artwork for the movie. The original line-up of Shotgun Rationale (Sonny Vincent, Mort Baumann, Mike Henderson) 1989. Recording "Who Do They Think They Are?" in Atlanta, GA with their producer Moe Tucker. BACK TO PHOTOGALLERY MAIN PAGE