When I started the podcast I thought it would be no big thing, and I’d still be posting here in the blog. As with so many things in life though, I was quite wrong.

As it turns out, the podcast eats up huge chunks of my time. I write most of it down before I say it into a microphone, and that means I’m writing about 4,000 words each week for a 30 minute podcast. To put that into perspective, the longest posts here in the blog have been 1,400 or 1,500 words. 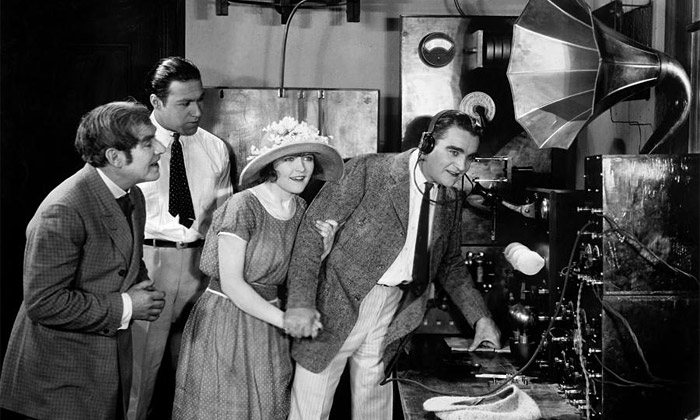 And it’s not only the time that’s being eaten up, but the subject matter. Something that I would have thought was great for the blog in the past has now become great for the podcast instead.

If I was smart I’d just close the blog, but I’m not smart, and I still like writing things for people to read, not hear. But the podcast is the new thing, and there are a lot of little details to get pinned down and ironed out before it’s at the point where I can spend less time on it.

Who’s bright idea what podcasting anyway? Some assholes with way too much time on their hands, that much seems pretty clear. I’d type something about the Podcast Awards that I attended last week, but I already put it in the podcast! See what I mean? The podcast is eating my blog! 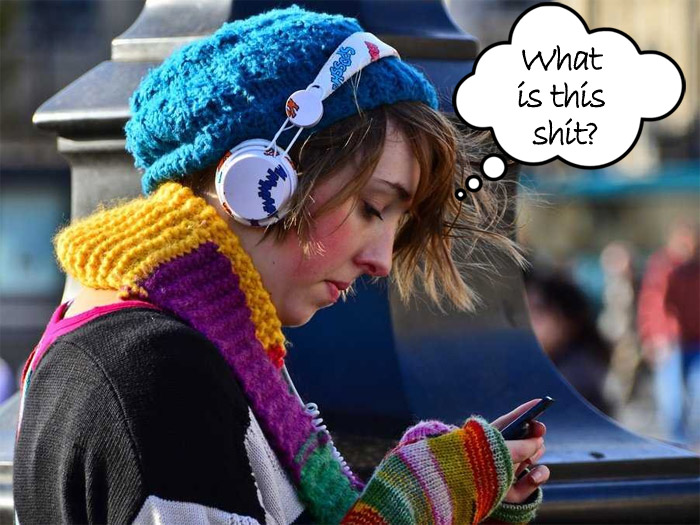 Okay, I’ll put some of it here anyway.

I said I’d come back here and talk about the podcast awards, but the thing was so underwhelming that I’m actually not sure what to say. I mean I want to say good things, but I’m finding it difficult to think of anything good to say. I really thought I was in for a treat, you know, I thought, “well, this will be cool, something I’ve never seen before.”

They’ve had these awards every year at NMX and I’ve always stayed away. I thought, who cares about that? Who cares about podcasts? Well now that I care about podcasts I was kind of excited to see some great podcasts get awarded, with, you know, statues and everything. Turns out I was right to skip them every other year. What I expected was an intimate boozy little thing with a bunch of people in the same business having a good time – kind of like the Oscars used to be before they were televised.

But the presentation, the show itself, was kind of embarrassing. It was set up and presented like a big award show, you know like the Oscars or the Grammys or something, with huge screens and lights and music and an announcer, but the hosts were not good hosts and it was just jabber jabber jabber, talk talk talk, awful joke after awful joke. They talked over each other constantly. It was a tsunami of words, but nothing was being said. The hosts were a couple of famous podcasters with huge audiences. One was an ex wrestling guy – like the cartoon WW-whatever wrestling. The other one was a woman who did a sex-talk podcast. 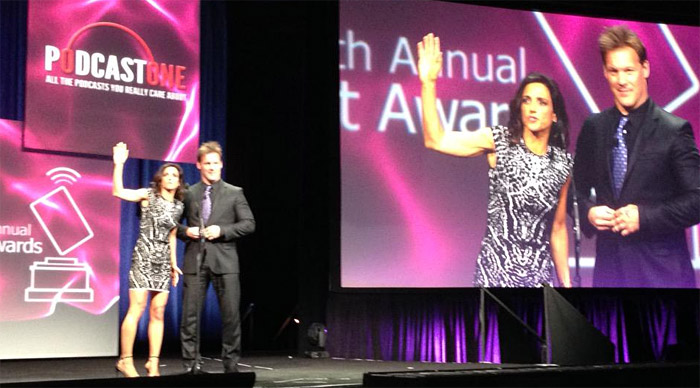 There were 22 categories with ten nominees in each one. I hadn’t heard of most of them, but there they were, so they must have had audiences that were big enough to get them nominated. There was an LGBT category, and when they were introducing it, the wrestling guy host actually made a joke about flower arrangements. You know, because the gays love to arrange flowers. I thought I had been transported back to 1950 somehow. But really that was only the tip of the horrible iceberg. Every other thing the hosts said made half the people in the room cringe or groan. Then the other half groaned at the next thing they said. They covered all the bases.

And the awards – one guy won four different awards, because apparently he has a podcast about every different subject you could imagine. And a couple other guys won more than one award…it was kind of astounding, really, and it proved one thing pretty clearly – and that is, this is not a crowded field. There are not a million great podcasters. If the Podcast Awards are any indication, there aren’t even a hundred great podcasters. What the hell, man? The show wasn’t funny, it wasn’t insightful, it was ridiculously overblown and poorly executed, and most of the people who won weren’t even there. But after sitting through that hour and twenty minutes – which, honestly, seemed more like 8 hours – I can’t blame them for staying home.