I’ve been thinking about America a lot lately, and New Orleans, and that rapper who went on live TV and said, “George Bush doesn’t care about black people.”

And I’ve come to the conclusion that it’s true, he doesn’t.

I suspect that Bush never really cared about anyone other than people in a position to help him. Help him buy a company, help him bail out a company that he bought and bankrupted, help him cover up a DWI (or two), help him avoid going to Vietnam (the only smart thing he ever did) – you know, that kind of thing.

But now I think it’s painfully obvious. Hearing his wife on CNN talking about “Hurricane Karinna” (not once, but twice) sealed the deal for me. They don’t even know the name of the fucking hurricane, so I don’t know how you could extrapolate ‘care’ from that, no matter how hard you shake that snow globe.

And yes, I know Mrs. Bush isn’t the president, but if anything I assume she’s smarter than he is, so if she doesn’t know, he probably doesn’t know either. 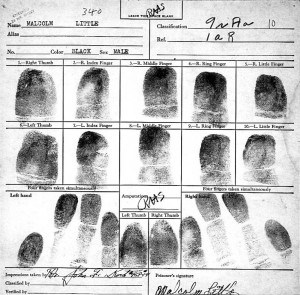 But you have to be careful what you say. Shortly after John Kennedy was assassinated, Malcolm X said that Kennedy, “…never foresaw that the chickens would come home to roost so soon,” and he took a heap of shit for that, from all sides.

Anyone who speaks out in a visible and vocal way against the status quo feels the big cartoon thumb of public shame and oppression, no matter which filth-encrusted branch of the stink tree is controlling the government at the time. The truth is no defense.

What’s depressing and irritating about the country these days is the way everything – truth and lies – is twisted and spun to a creamy nougat fluff, and rather than dealing with problems we have thousands of semi-functional elected jackasses and reprobates falling all over each other to point the finger at the other side, or at Kanye West or the Dixie Chicks or Janeane Garofalo.

Because as long as you’ve got the finger pointing somewhere it takes the spotlight off of you.

The Republicans currently do it much better than the Democrats can, but that could easily change. Just don’t open your mouth, kid, because neither side has anyone of any measurable intelligence or conviction standing in the way of their wrath, or their perfection of the blow-off and the big con.

So here we are, and one or two voices speak up and say, “So what’s the deal? It seems like you left those people down there to die.” and out of some perverted sense of unrequited loyalty one of the white house puppetheads stifles a smirk and wrinkles up his brow and whines, “Come on, don’t be ridiculous!”

Because insinuating that something is too ridiculous to discuss is a good way to avoid discussing it.

They know this, and they make use of this tactic with alarming frequency, and that’s why so many things are just swept away and forgotten. Important things like Bush’s right hand man leaking classified information to the press, putting American citizens lives in danger for partisan purposes.

No wonder the press seems to be unable to speak out. Karl Rove’s dick is so firmly entrenched in their mouths that they’re afraid to stop sucking, lest their supply of information be cut off.

Everyone is a whore these days. It’s not even a shameful pastime anymore. Rock bands won’t even attempt to tour without sponsorship, and they consider it a sign of success to do commercial endorsements.

Something the goofy hippies of the 60’s and early 70’s would have never considered in a million years. Because to them, “the establishment” was the enemy, and you didn’t spread your legs for the enemy just so he would feed you fine food and give you shiny things.

But a 20 year old today doesn’t know what to believe, because the truth is disappearing faster than New Orleans wetlands, and everywhere they turn all they see are smiles and lies.

Most of them, being human and accommodating, accept whatever is put in front of them. Just like their mothers and fathers did, and George Bush I and II, and Tony Blair, and Blair Underwood and the Blair Witch Project. All those damn Blairs and Bushes. Not a one of them worth the toxic boot scrapings of a New Orleans fire fighter, or cop (the two-thirds that didn’t flee, anyway), or even god damned Geraldo Rivera or Sean Penn, who were down there pulling people from attics and whisking them to safety(?) while their staff photographers clicked away.

Every time I see pictures of Bush at his “ranch” in Texas, on one of his two or three month vacations, he’s clearing brush or chopping logs and mopping his brow with a cowboy bandana. Why didn’t he go down to New Orleans and clear some fucking brush? If that’s all he knows how to do, that’s all anyone would have expected of him. Had he done that, even for half a day, no one would be saying he doesn’t care.

But he didn’t, and he doesn’t, so yeah, expect to hear a lot more “George Bush doesn’t care about black people.” Maybe not in those words, but the sentiment is there, and even Karl Rove can’t wash the New Orleans stink off his boy now. It’s in the history books.