Have you seen The Corporation? Well, you should. Go put it in your Netflix queue right now. I’ll wait.

While you’re watching it, remember how much like a corporation the current administration behaves. They are all about the bottom line, as long as their asses aren’t on the line. As the kids say.

Brush fires burn Los Angeles county these days, as they usually do this time of year, and a brown layer of doom hovers over much of the basin we live in, waiting patiently. For what, I don’t know. What does doom wait for? More doom? We are balanced on the edge everywhere you go, you probably see it in your own city.

Interesting article in Vanity Fair magazine comparing “The West” – meaning the US and the UK, mainly – to the Roman Empire. One of the reasons the Roman Empire fell was because its armies grew soft. The same could be said for the US now, with many of our troops complaining that their armor is too heavy, as the Roman Soldiers did.

But I can’t blame them for complaining, seeing as they are engaged in a futile and brutal effort with no end in sight. Sort of like the Vietnam war, or delivering the mail. 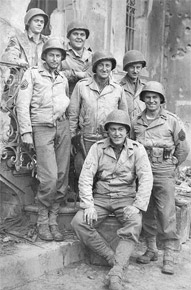 You have to wonder if this generation is even capable of rising to a threat the way our parents and grandparents did during WWII. I can’t see droves of 18 year olds lining up to join the army for any reason now, and it would seem that without a draft we are eventually no more than sitting ducks.

We put a big target on our heads and have no way to back up the President’s faux cowboy bravado and taunts (“Bring it on!” he said to terrorists, like the village idiot).

I’m not saying that I would be in line for a pair of boots and a rifle if I were 18, I wouldn’t be. I objected to registering for the draft (they didn’t call it registering for the draft, but that’s what it was) back in 1980. I sent back their forms and told them to go piss up a rope. I was full of the ignorant bravery and anger of youth, and I was going to let them know just how corrupt and evil I considered their military to be.

They answered me with a polite letter, which I threw into the trash after reading, reminding me that failing to do as I was told would result in a prison sentence. That was the last I heard. I may well be on a list somewhere of the first people to round up and lock up when things turn sour, but they’ll have to catch me first. I understand that Vancouver is nice this time of year.

I am just making the point that those previous generations who marched off to die in Europe had a sense of obligation and purpose that you’d be hard pressed to find today. Questioning authority is always a good thing, but you have to wonder where we would be today if those crazy WWII bastards had all sat home burning their draft cards.

I respect everyone who went to war and suffered and died, and if that’s hypocritical coming from someone who would have run in the other direction, then so be it. We all have our crosses to bear.

So now what? It’s obvious that we are in decline, even without the war. We don’t produce anything anymore, and it is estimated that our mighty economy will be eclipsed by China’s within ten years.

Once the rest of the world doesn’t need us – and we are pretty much at that point now – things will change quickly. The US is currently more of a borrower than a lender, and the future of the country has been sold down the river by politicians of all stripes and corporations that have no goal other than the creation of wealth.

But as any end-times religious nut will tell you (and you are surrounded by them, here, and everywhere else in the world), all the money in the world won’t save your ass when it’s time to pay the piper.

So go to my new Guerilla Poetics Project site and have a good time! Ha ha.

And go rent The Corporation.