Someone who works here in the office has a body odor problem.

I mean, that’s not exactly accurate, is it? The person who stinks doesn’t have the problem, everyone else does. So we have a body odor problem, he doesn’t.

Which is apropos of nothing, but it got me thinking about how glad I am that I don’t manage people anymore. For many years I managed people in technical support, as many as 25 at any one time, and there’s nothing good about that job. Not a single thing.

Oh, when I first got the job I thought I was hot shit, but it didn’t take long to realize that it’s a stooge position. Dirty work. 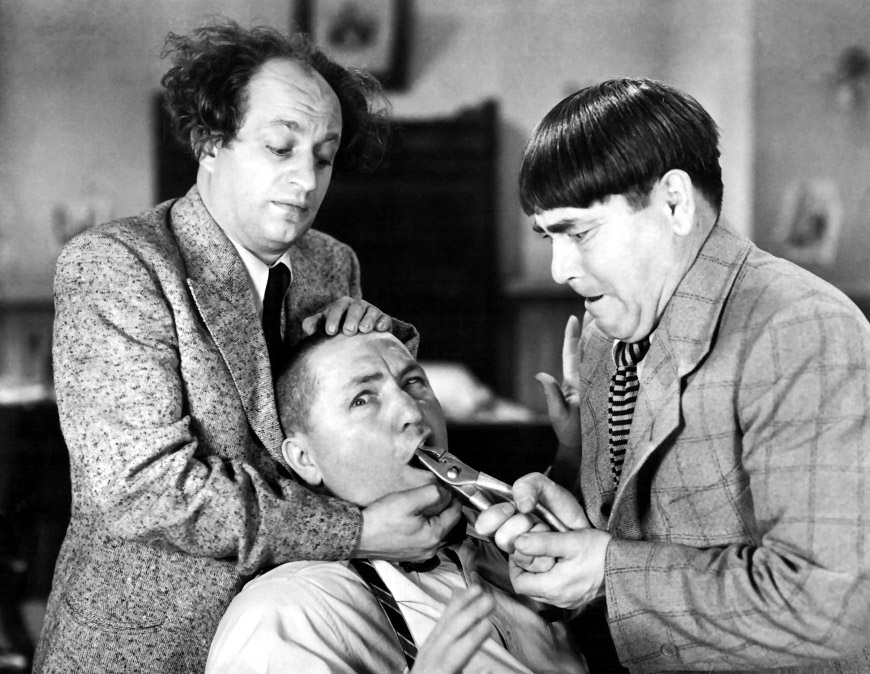 For one thing, people are really fucking lazy. And constantly hassling them to do the jobs they’re being paid to do is no fun. It takes about 15 minutes for everyone in the department to hate your guts, and they will continue to hate you until you leave or they leave. Because you are the man.

Then there are the aforementioned personal issues, like who stinks or who sings to themselves or who takes a 90 minute lunch or who talks on the phone for three hours a day or who is wearing cologne that is choking everyone… When you’re the manager, those are your problems to solve.

And I won’t even get into what a nightmare it is to fire people. Yeah, I know, it sucks worse for the person being fired, but unless you’re a sociopath or a sadist, being the stooge who’s bringing down the hammer is horrible.

But there was some fun to be had. On my end, anyway. Like the time a small team kept ignoring my friendly pleas to do their fucking jobs, so I walked in to the weekly support meeting, sat down and played the “coffee is for closers” scene from Glengarry Glen Ross (“Third prize is you’re fired.“) on the big wall projector that usually showed the helpdesk. When the scene was over I just got up and left without saying a word.

But what I really wanted to talk about are the things you don’t see coming. The things no one warns you about. Here are a few, and maybe not coincidentally, they all happened at the same company:

One evening I was sitting in the support office and without warning, one of the guys suddenly jumped up from his chair and yelled, “THIS IS HOW WE TAKE CARE OF THESE FUCKERS IN A COMBAT SITUATION!” Then he flopped down hard onto his belly on the floor and pretended he was sighting through a machine gun, picking off enemies and making machine gun sounds.

After 10 or 15 seconds of that, he jumped up onto his desk and pretended to throw hand grenades, then picked up the imaginary rifle again, to resume shooting from a standing position. You have to imagine all of this with the accompanying sound effects, because he was really good at those.

After watching him for a while – long enough to realize he had gone insane and wasn’t just messing around to break up the tedium and stress – I got up and walked over to him and said, “Jimmy…Jimmy, it’s time to come down now.” He came down, smiled and sat back down at his desk to answer some more tech support questions. I had to tell him that maybe that wasn’t the best course of action, and maybe he should go home and rest. He left and never came back (saving me the trouble of eventually firing him).

2) ANOTHER GUY WHO IS OUT OF HIS MIND

This guy was very mild mannered, but kind of a compulsive and obvious liar, a stereotypical skinny young nerd who chattered endlessly about all of his girlfriends and sports cars and money, none of which he appeared to have. He was annoying, sometimes entertaining, but otherwise harmless.

Until the day he picked up his computer and threw it 10 feet out into the hallway. I didn’t know he had it in him. He proceeded to pick up everything else within reach and throw it as well. He threw everything into the same pile in the hallway, it was very efficient, if nothing else.

He took a little more calming down than G.I. Jimmy, and though he did come back to work after a few (mandatory) days off, he left soon after that. To tinker with his sports cars or something, I don’t know. 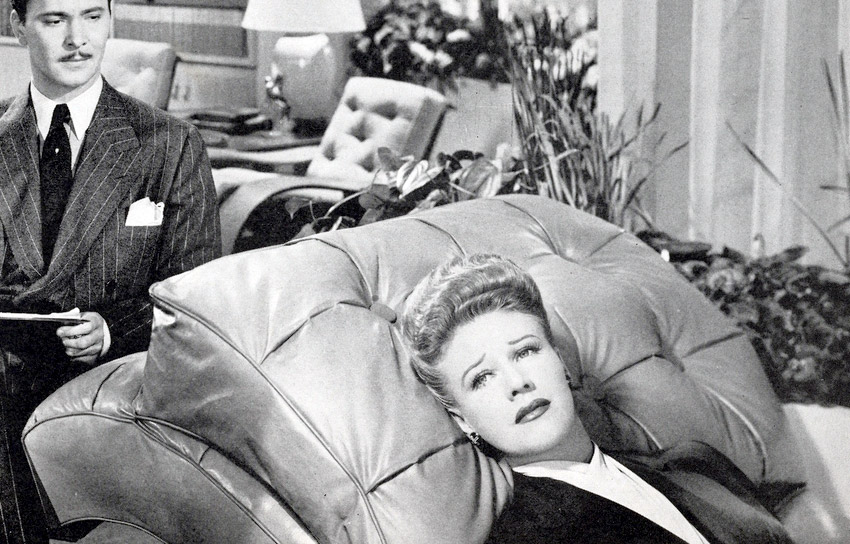 Why wouldn’t I fire someone who did that? Well, when he calmed down he seemed rational and remorseful, and said he was just having personal problems. Hey, we all have problems, what could I do? I told him he wasn’t allowed to throw any more computers, and he didn’t.

I don’t know why, but there was a meat cleaver in one of the bathrooms of that same office. We used it to cut birthday cakes, and no, I’m not making that up. One day a guy named Van came out of the bathroom waving the meat cleaver around, saying he was “The Meat Cleaver Killer.” He was just fooling around, he wasn’t really going to cleave anyone, but a couple of the people in the office weren’t amused.

One woman told me she didn’t feel safe working with him anymore (“I sit with my back to him!”) and I couldn’t blame her. This one wasn’t a judgment call, there was a pretty clear section of the employee handbook that said, you know, words to the effect of: you can’t wave a meat cleaver around in the office and scream that you’re a murderer, even if everyone knows you’re not really a murderer, and some of them even laugh. I’m sure there are also, like, laws against that kind of thing. Any way you slice it (get it?), if you wave a meat cleaver around in the workplace, you get fired.

Seems pretty clear, doesn’t it. Well, it wasn’t clear to Van. When I told him the fact that he was waving a weapon around and some of his coworkers said they didn’t feel safe meant that I had to let him go, he thought that was the most ridiculous thing he’d ever heard.

“Oh come on man, everyone knows I was joking, it wasn’t even serious!”
“I know you were kidding around, but a couple of people are afraid of you now, I’m sorry man, there’s nothing I can do.”
“Oh this is some bullshit! Like what, like I’m OSAMA BIN LADEN?! Like I’m some terrorist?!” He was Vietnamese, not middle eastern, but I think I know what he meant.
“There’s really nothing I can do, it’s not up to me, it’s not my call.”
“Of course it’s your fucking call! You’re firing me, everyone knows it was a joke, this is totally your call!”
“Okay, well, if that’s how you want to see it.”
He sat there making a disgusted face, saying, “Ooh, I’m a terrorist! Look at me!”

Anyway, half an hour later he was out the door, making his crazy faces all the way. Then about a month later I saw him standing in the doorway of the support office. I said, “Hey, come on man, you know you can’t be here, you have to leave,” and he said, “I’m picking up Eddie, calm down. It’s me! Bin Laden is back!” and he laughed, and I had to get up and walk him out the door.

Well, there you go. There are plenty more where those came from, but I was remembering these specific stories today and being thankful to the good lord Xenu that none of that kind of shit is my problem anymore.

Someone has to be manager, because a lot of people, if left to their own devices, will just sit and watch YouTube all day unless someone is telling them not to do that. 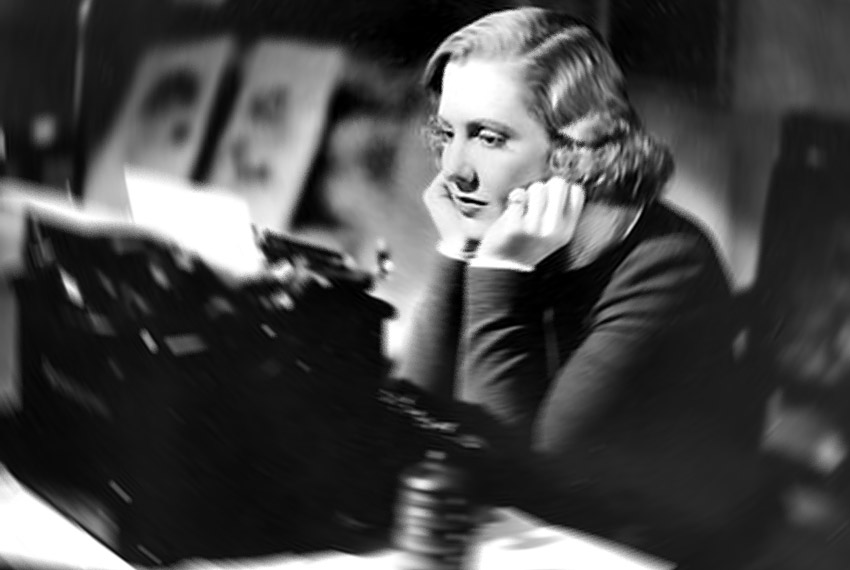 That baffles me, which I guess makes me bad manager material. I think you have to understand people to lead them, and I have zero interest in leading anyone anyway.

So if you’re perfectly happy working a job somewhere, but they come up to you one day all over-enthusiastic and say, “Hey, do you want to be a manager?!” Tell them you’d rather jam electric eels into all of the holes in your head.

Or just say ‘No thanks.’