I told you that a podcast ate my blog, but other than that I haven’t said much about it around here. Maybe because I don’t see much separation between here and there, but I suppose there is some separation. I’ve been putting out a podcast every week for six months now, so this may be a good time to sum up the experience so far. I’ll say up front that I should be writing the next podcast rather than writing this, which should give you some idea of what the schedule is like. 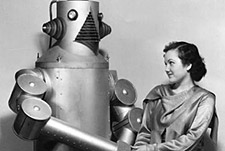 Before I do anything I haven’t done before I like to find out as much about the thing as I can. I don’t mind making mistakes, but unnecessary mistakes are for fools. And I’m no fool! Right? Okay, that’s debatable. But I spent weeks researching podcasting because I really didn’t know anything about it. I didn’t listen to podcasts and I only had a vague idea of how it all worked technically. In that research I learned how to do everything the right way, then I went off and did just about everything wrong.

For starters, I mentioned writing this weeks episode, and when I say writing I don’t mean an outline – I write out the whole thing. I’ve been asking around, and I think I may be the only person in the world foolish enough to write out the entire show. To do a half hour of talking – or reading – you have to write about 4,000 words. To put that in perspective, the longest posts here in the blog are around 1,500 words. But I couldn’t coherently talk about a subject for 30 minutes off the top of my head. I just don’t have that talent. So instead I use my talent for reading but making it sound like I’m not reading. If that’s a talent. 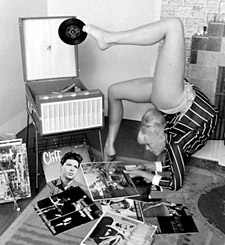 Specialize. Everyone who teaches or advises budding podcasters will tell you the same thing: choose a niche topic and stick with it. The more specific you can be, the greater the chances of building an audience. If you want to do a podcast about records, focus on one record label. If you want to talk about frogs, talk about one type of frog. You get the idea. My show is about as non-specific as it could be. I don’t even know what I’ll be talking about until I write it. So I’m relying on people finding me personally interesting enough to keep listening. Unless you’re some kind of minor celebrity, that’s definitely not the way to go about this. 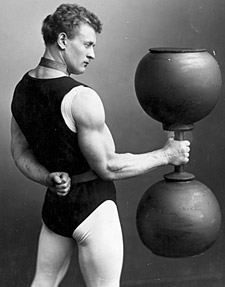 Guests. Most podcasts rely on guests and interviews. I tried that a couple of times, talking to Carol about art and Mat Gleason about art and punk rock and everything else in the world, and those came out okay. They were certainly easier shows to do, but I don’t see myself doing a lot more interviews, unless someone really outstanding fell into my lap. You know, not literally into my lap. I don’t think Carol would like that. But forgoing guests makes a podcast exponentially more difficult to do. All the weight is on your shoulders, which is probably why everyone does interview or multi-host podcasts. 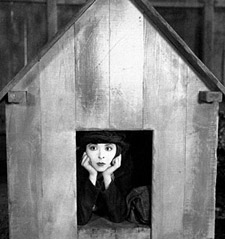 Sound. Podcasts fall into two camps here: people who just don’t give a shit and record with headphone microphones straight into their computer, and the remaining one percent, who obsess over sound and strive to make their podcasts sound like a top 40 radio station. If there are still such things as top 40 radio stations. I get it, sound equipment is fun to play with. I was a sound engineer in a previous life, so I understand the allure. But I don’t want to sound like a disc jokey or an NPR news reader, and I don’t happen to think any podcast should sound that way. It’s an intimate thing, being inside someones ears and head, and to me, it should sound as good – but as natural – as possible. That means you might hear the dog eating, or the neighbors screaming and you’ll definitely hear me breathing. 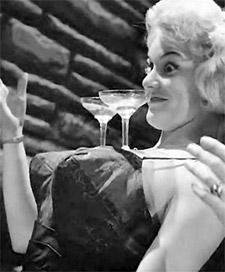 So here I am doing just about everything contrary to the prevailing wisdom. I didn’t set out to do everything wrong, that’s just how most things seem to work out for me. Mainly because if I’m going to do something, I’m going to do it the way I want to do it. That’s a double edged sword. When it works, you are a wonderful, unique genius. When it doesn’t work, you’re just an idiot who should have known better. I’m okay either way, which is probably also wrong. We should all strive to be wonderful, right? I’m not so sure. Nothing makes me more sad than seeing someone who is failing miserably when I know they are trying to be great. That’s tragic. They could be spending their time relaxing and having a drink.

You may be wondering if anyone is listening, considering I’m doing everything wrong. Well I’m happy to report that people are listening, despite my efforts to repel them. They aren’t listening in Marc Maron numbers, but then I don’t have a TV show or a bushy mustache, so you wouldn’t expect that I’d have the same kind of appeal. But enough people are listening to make me think that maybe the whole thing isn’t a crazy, narcissistic waste of time. Which is what I fully expected it to be. Honestly, I thought I’d be done with it by now, but it’s still fun to do, and if people are going to listen, I may as well talk. It’s not as if either one of us has anything better to do.