I was looking through a big box of someone’s family pictures tonight. The family lived on the East coast and had pictures of family members and places all over America, Scandanavia, Germany, Scotland and Australia – even on board the Queen Mary.

It got me wondering how the pictures wound up here in San Pedro. I mean, I know how they wound up here, but it’s interesting to think about where else they have been. 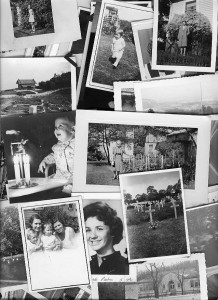 I don’t know why they were thrown away or forgotten, but this box contains a good chunk of someone’s family history and I bought it a couple of years ago for $10. 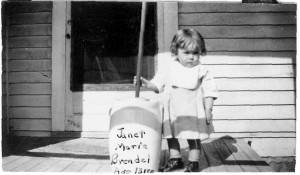 Which makes me think about the Internet (naturally, doesn’t everything?), and how we believe it to be so permanent and everlasting, but really it’s not even as durable as an old box of snapshots.

This site could disappear tomorrow and some of the things here would never been seen again. I think a lot of people believe that everything they throw up onto the web will last forever because someone, somewhere has a copy of it (and because we all believe that what we are doing is VERY IMPORTANT).

But that’s bullshit, and will be even more so after a few hundred of those “e-bombs” go off and erase all the hard drives in the world. 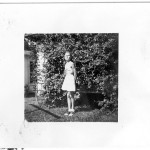 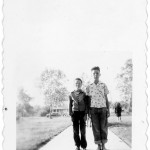 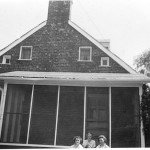 Anyway, what the hell was I talking about? Right, pictures.

Take those pictures out of the shoe box in your closet and write things on the back of them and send them around to people you know and family if you have any, and friends if you have any. The more you send out the better the chances of a tiny slice of your life making it into the future.

If you believe in the future.