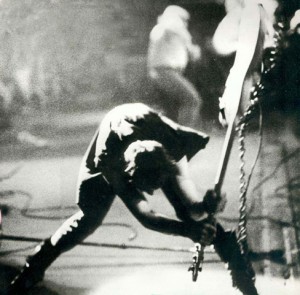 I was having a beer with some young chaps from work the other night, and the Clash song “Rudie Can’t Fail” came on the jukebox. I said, “Ah, London Calling, the greatest rock and roll album ever made,” and one of the guys I was with whipped out his combination phone/computer/teleportation device and typed in “London Calling,” and said, “Got it!”

I didn’t think anything of it, but the next day he had the album on his iPod and was listening to it. A couple of days later he came in to my office and said, “So why is London Calling the greatest rock and roll album of all time?”

The question kind of threw me for a loop. “Because I say so,” seemed like an insufficient answer, so I hemmed and hawed and mumbled something about the time it came out, what was happening, great songs, and some other crap that I’m sure left him wondering if I was just too old to answer a direct question.

But why do I think it is the best rock and roll album of all time? It’s an interesting question, and one of those idiotic “best” proclamations that is going to be different for everyone. Of course Rolling Stone and SPIN also called London Calling the album of the decade, but the 80’s were a piss poor excuse for a musical decade, so I don’t know how meaningful that really was.

It is a great record full of memorable, passionate music, but so are plenty of other records. Which music we choose to hold dear and make significant is probably more closely related to what was happening in our lives when we first heard that music. 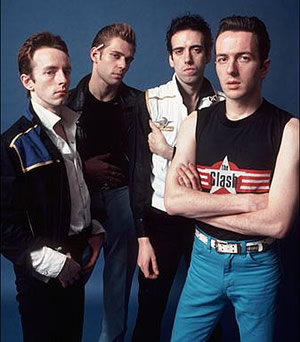 The Clash happened to be making records at a time when a lot of people were looking for something meaningful after a decade of indulgence and pretension, so the Clash became “the only band that matters” to a generation of malcontents and troublemakers.

Listening to London Calling now, it holds up very well. But that’s because it’s just a great rock and roll album, not necessarily a great punk rock album. Punk rock is more about attitude and outlook than musical style anyway. Or it was, until hardcore punk came and wrapped up thousand mile an hour thrash in a convenient bow that can be called “punk” for future generations to consume and catalog.

When I was 17 I had a friend who refused to listen to any “punk” records. One day he was at my place and I put on Never Mind The Bollocks without saying anything. A few seconds into the first track he said, “What’s this? It’s cool.” When I told him it was the Sex Pistols he said, “But this is just rock music!”

He was right, of course. Musically punk broke no new ground, so you have to go by the message, such as it was (or intentional lack of message ala the Ramones). And I suppose the crux of that message was, “No Elvis, Beatles or the Rolling Stones,” and that was about as much as you could get punks to agree on. And they didn’t even really agree on that.

I just finished reading Chris Salewicz’s 640 page opus, Redemption Song: The Ballad of Joe Strummer. It was an interesting take on a really fucked up guy. A fucked up guy that a whole lot of people put a whole lot of weight onto. Including me. Imagine being an insecure person and having people come up to you almost everywhere you go, saying, “You changed my life.” I don’t know how you can begin to deal with something like that.

Well, I know how he dealt with it when I told him that very thing in 1979. He conveniently deflected and said, “Yeah, now let’s get out there and make something happen!” I’m sure that as he got older he just smiled and said, “Thanks,” but he was someone that inspired a lot of people, and like it or not, he did change many of our lives.

Punk is everywhere. My dog is punk. He won’t do anything I tell him to do. Mozart was punk, Prince is punk, Bob Dylan, Radiohead, Bill Clinton, George Clinton, that kid standing in front of the tank in Tiananmen square…

So there, that’s why London Calling is the greatest rock and roll record of all time.

What? That’s not an answer? I know it isn’t. But there is no answer, mate, so that’s all you’ll get from me.

The future is unwritten.