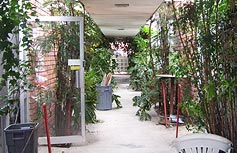 Last Friday the layoffs started for the Los Angeles staff at PowWeb. This after Endurance assured and guaranteed me, on several different occasions, that their jobs would be safe through the end of the summer. Just another example of the sterling behavior of the GREATEST HOST ON EARTH. Yeah.

Of course I’m at the new job with the new company, and it couldn’t be better. I mean, I feel like a PowWeb P.O.W. seeing sunshine for the first time in three years, it’s that good over here. Really. But — things still grate on me from the PowWeb debacle.

These are universal issues, I suppose, and I should have expected them, but speaking my mind about the big takeover pissed some people off. An executive from Endurance International Group called me at work on the new job and made thinly veiled threats — referring repeatedly to the post and saying things like, “I’m not sure what the legal ramifications are…”

If anything in that post is inaccurate or untrue, feel free to explore the “legal ramifications.” I did not hide my displeasure during the early migration meetings with Endurance. I told their Vice President of Customer Support exactly what I thought of the whole deal.

He then proceeded to explain to me in some detail how they did business, along with showing me the number that indicated the hourly pay for their Indian staff (a little more than three dollars an hour). Later, when he called me at my new job to threaten me, he said, “We took you into our confidence,” as if I had betrayed him, which only demonstrates to me that he is a piss-poor judge of human behavior. Would you expose sensitive information to someone who was openly antagonistic toward your company? I wouldn’t. But then I don’t have a B.A. Maybe you learn how to do things like that in school. 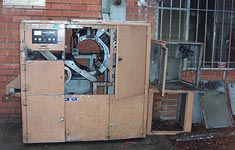 The thing is, I expected all of this to float away from my consciousness into the smog and ozone once I escaped the PowWeb/Endurance inferno. But as it turns out, the issues still rankle. I’m still opposed to the investment capital suits absorbing the independent, whether voluntarily or not.

I still think the employees of PowWeb, some of whom I worked with for over three years, were treated like shit by both PowWeb and Endurance. And most fundamentally, I still think it’s incredibly WRONG to take a job away from someone here and send it to India or Mexico or the Philippines or Canada or anywhere else that isn’t here.

When they finally take away every American job that doesn’t involve a desk, this country is going to crumble and fall, period. Postulate and ruminate and pontificate on that all you want, but when they tap you on the shoulder and say, “Sorry Ace, we’re firing you and hiring a kid from the University in Iceland to do your job from a coffeehouse up there,” don’t say I didn’t warn you.

When Taco Bell opens up across the street from Joe’s Taco Joint, they aren’t doing it because they like Joe and want to be around him. They want to own him. Or more precisely, they want to own his customer’s dollars, and they don’t care if Joe’s burritos were better than theirs.

And then you’ll scratch your head and wonder, “How did this happen?” Like a lobster, boiling in a pot.