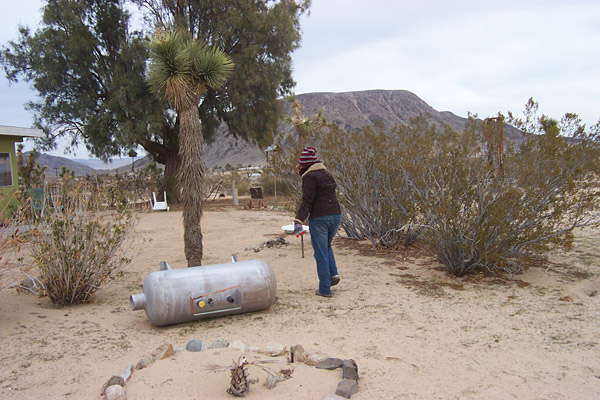 That’s Carol at the Space Rabbit Ranch in the desolate wilds of Joshua Tree in February of this year. Buddy was with us, but I don’t see him in this picture. He is probably out of frame eating coyote shit or chasing a tortoise.

Was it cold in the desert in February? Yes. Though it’s been just about as cold in South Pasadena lately. This morning I got into the car to go to work, turned on the wipers and heard a sad crunching sound. It was ice on my windshield.