I enjoy this instant publish/instant feedback of the blog, but I may have to ease off.

Since starting the blog my “real” writing has dropped off to a tiny fraction of what it had been. In the past, if something was pissing me off, I wrote a poem, if something happened to me, I wrote a poem…you get the picture. I communicated through the poems. Now I communicate through the blog, and that’s great for what it is, but it’s not something you can send off to the University of Knobshead to publish in their literary journal. 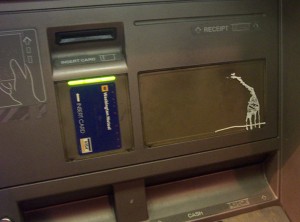 Then again, way more people read this than the University of Knobshead literary journal, so maybe I’m moving backwards. Why abandon a daily audience of 1300 to 1500 people for a potential audience of, I don’t know, some stingy handful every day. I don’t know.

Anyway, this is just a little heads-up that the end of smog may be near. At least the end of it as it is, and as it has been. I’m surprised anyone still comes here anyway. It’s been almost two years since the site was gutted, and I moved the Bukowski stuff over to bukowski.net at the beginning of the year…so why are you still here?

I don’t know what smog will become. Maybe it will stay as it is, and I’ll keep posting blog entries. I don’t know.