I got sick at the beginning of the year and a nasty infection decided to set up a permanent home in my chest. It is improving somewhat now, but only after two rounds of Azithromycin.

I don’t usually take antibiotics, and I sure as hell don’t go to the doctor for a cold, but this has been something else entirely. I think it comes from outer space. So I was open to taking whatever any doctor wanted to shove in front of me 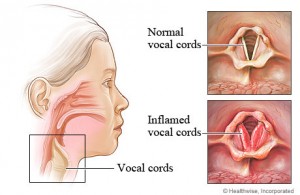 One weird side effect of this thing has been laryngitis. For three weeks now I have been unable to talk normally, barely able to speak at all outside of an unrecognizable croak.

I have been whispering for about a week and half in an attempt to “rest” my voice, but now I read that whispering is worse than trying to talk. But when I do try to talk it just comes out like a dump truck full of gravel, and within a couple of minutes I have a headache. So it seems that I’m screwed whichever way I turn.

Losing your voice is an odd thing. It sounds so trivial. But like a lot of trivial things, if it goes on long enough, it starts to consume you and drive you insane. You don’t realize how much you use your voice, and how isolated you are when you don’t have it.

I am not what you would call a chatty guy, but I am realizing now how much I really do speak over the course of a normal day, and how negatively it affects me at work and at home. 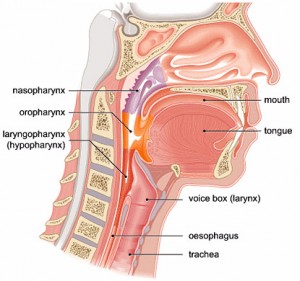 I have had to put off a lot of things at work that I had planned to do at the beginning of the year. I can’t return calls, do any training, place any orders, participate in meetings. At home I just lay on the couch under a blanket and watch truTV (“Not reality, actuality!”).

Since I have been whispering Carol has been whispering too, which is charming, but neither of us hears half the things the other says. People are coming in this weekend from out of town who I have never met and would like to sit down with, but if all I can do is croak and gasp at them, I don’t know how groovy that would be.

Another thing that has been surprising is how many times a day I open my mouth to sing. I am not a wonderful singer. I had to come to grips with that brutal reality a long time ago. My voice is exceptionally unremarkable. But that doesn’t stop me, apparently, from singing all the time.

I am beginning to realize what an annoying fucker I must be. I mean, I knew I was annoying, but I may have to rethink some things around here.

So, no more whispering, the antibiotics are finished…now what? How long can this go on? These are my problems. I suppose if you lost your job, car, house or apartment you would happily trade places with me. I understand. But here I am, so all I can do is moan about my problems.

We’ll talk about yours next time. Maybe.