Our 77,000 clients are now being moved over to a company whose main interest is acquisitions (Endurance International Group), and only seems to be using the web hosting business as a means to get to large amounts of cash. 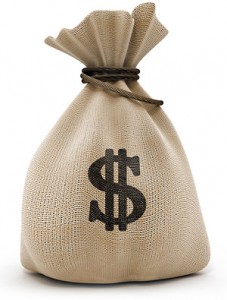 Now, every business is “a means to get to large amounts of cash” when you get right down to it. But as a consumer, are you better off with a web host like PowWeb used to be – owned and operated by the people who started it and know it inside out – or an acquisitions company who sees you as nothing more than part of one of the many “properties” that they own?

I can answer that for you; you’re better off with the entrepreneur. Now the 77,000 customers that we used to take care of at PowWeb are going to be put on a generic platform and serviced by tech support based in India. They’ll be emailing someone who calls himself “Paul King,” but who’s real name is actually Prashanth Karanth.

Not to make this into an anti-outsourcing bit (“Outsourcing – the best kind of sourcing!” – The Simpsons), but 75% of web hosting is support, and anyone who works in the business can probably name at least half a dozen people they know personally who have lost jobs to outsourcing. Now I can name 20.

So when the people of Endurance speak in glowing terms about how marvelous it is to pay someone in India $3.64 an hour to handle their support, putting someone here out of a job, it doesn’t fill me with happiness and joy.

Save your hate mail. I am not anti-India. I’m against putting my colleagues out of work. As our fearless, clueless, relaxed President would say, “It’s just bad for Amuhricah!” The Indian people are smart to capitalize on the greed, stupidity and shortsightedness of the American companies who send work their way. I don’t blame Indians for what’s happening.

I type this from my desk at the old job on a Friday, and on Monday I’ll be at a new joint that does Windows hosting for super nerds, and is run by people who actually have some foresight and innovative ideas. It should be a refreshing change, but you know how that goes.

Maybe Endurance will buy them in a couple of years, when they are closer to their goal of employing all of India’s technical school graduates.