The baseball playoffs are underway, and today the Phillies beat the Dodgers. Isn’t that – I don’t know – exciting? I don’t get it, myself. Rooting for a professional sports team. Isn’t is kind of like rooting for Hummer to beat Land Rover in sales this quarter?

Don’t get me wrong, I understand the history of regional rivalries in professional sports. But it’s been a couple decades, at least, since players showed allegiance to anyone other than their agents. When I was a kid, pretty much the same group of guys would show up every year and put on Viking or Twins uniforms. There was a continuum there, and you felt like the players represented your state or your city. 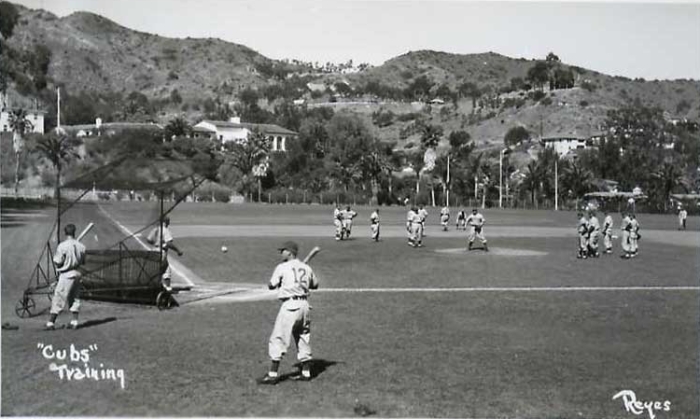 I know the reality of the situation is most of them couldn’t have switched teams even if they wanted to, but from a fan’s perspective that confidence in knowing the same players would be out there scratching their balls and patting each other on the ass every season was comforting. And after a while you felt like you knew them and their personalities, and a bond with the team as a whole was a natural extension of that.

But now, the players move, the teams move, everyone follows the money. There’s nothing wrong with that. But I don’t see how, as a fan, you can latch on to any one revolving door team and feel any affinity for it. Professional sports teams are corporations. They are logos. They are not people, they are not regions. It’s like watching a television show where one of the characters is replaced between seasons, and no one says, “Gee, you look different.” They just continue on as if nothing happened and everything is the same as it ever was.

I can still watch a major league baseball game once every 10 years or so. I understand and appreciate the game, and if two well matched teams are playing, it’s like a (really long) game of chess. A game of chess where even the pawns are worth half a million dollars – but still.

Caring which team wins seems utterly pointless. What’s the difference? Is the city of Philadelphia better than the city of Los Angeles today? Do the Dodgers give a shit whether you sit in front of your television and cheer? Ask the people who used to live in Chavez Ravine whether the Dodgers really give a shit about anything that goes on in Los Angeles.

So yeah, the Phillies logo beat the Dodgers logo. Woot! I’ll bet Major League Baseball tracks merchandise sales, and they could probably tell you how many more Phillies hats sold today. Those poor fucking Dodger hats though, collecting dust on the shelves. Tragic.

You think the “Bud Bowl” was a joke? It was prophesy, baby. Bud wins! Bud wins! Well, that’s just about as exciting as the Patriots winning, or whoever wins the Super Bowl these days. Or whether Barak Obama will beat John McCain. And McCain is definitely the Bud Light in that scenario. Or maybe the O’Douls.

Hey man, rooting for your kid’s little league team, that’s understandable. Hell, it’s actually a lot of fun. Your high school team? Yeah, go for it. Those are your peers, and you probably know some of them. At least you’ve seen them around, or they steal your lunch money or slam you into the lockers as they pass by.

College – eh. You’re verging on the professional side there. It’s unlikely the average dink walking around UCLA ever sees any of the star athletes in the bookstore or on the bus. It’s abstract. The sports are barely related to the school, except in name.

Yet 60 year old men still sit in the expensive seats at the rose bowl every season, cheering for a bunch of kids from all over the country, who will scatter back over the country again as soon as they graduate or are drafted. But they wear that logo, and they (ostensibly) go to that school, so that is their team. And when their team wins, that is, naturally, a personal reflection of their own greatness.